CUSTOM JAVASCRIPT / HTML
ONE OF THOSE DAYS
by Jeremy McGilvrey 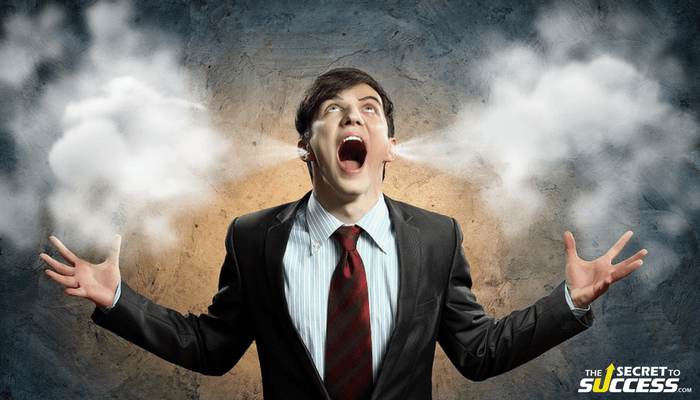 Typically, I try to keep my blog posts short. But today I have a personal story to tell you.

Have you ever had “one of those days?” A day when everything that can go wrong does? I believe Murphy named a law after this. Monday was that day for me.
On a scale from 1 to 10, my frustration level was at a 13. So much so, this song perfectly describes my Monday: So You Had A Bad Day.
Actually, it began Sunday night. I was kept up most of the all night by a whimpering puppy. The poor thing had been neutered two days prior. And between being emasculated and having to sleep with a plastic cone wrapped around his neck – my baby boy cried and cried long into the nights and early into the mornings. 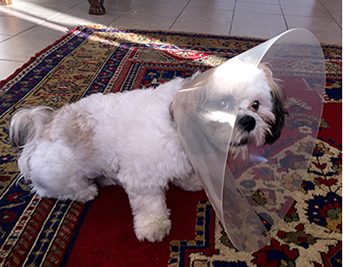 With hardly any sleep, I woke up to this horrendous smell Monday morning. Apparently, severe diarrhea’s a side affect to the surgical procedure baby Marley had. After cleaning up several piles of feces (four to be exact), I checked my email. A message instantly appeared notifying me of an enormous accounting error.

Attempting to block the accounting nightmare out of my mind, so I could focus on an important meeting I had in less then an hour – I sprayed half a bottle of Febreze in the air, then rushed out the door.
As I pulled into Starbucks for my meeting (the meeting I personally confirmed the night prior), my cell phone rang. It was the person I was suppose to meet with. He cancelled! Less then 10 minutes before we were suppose to meet…he cancelled! The nerve!
A lot was riding on this meeting.
Throughout the day, the trend continued. If it wasn’t one thing, it was another. That was, until I received a text message from my friend Jonathan. The message read: If you can, jump on this FAST: 712.432.7606 CODE: 623383# Les Brown live.
Immediately, I dialed the number. Les Brown’s voice came booming through my phone. Les was really fired up. He was going on a rant about pursuing your dreams NO MATTER WHAT! He was talking about all the struggles he’d faced while he was chasing his dream of becoming one of the greatest motivational speakers ever. Les went on and on about the hardships he had endured: From sleeping in janitor’s closets, to bathing in sinks. Les spoke candidly about his struggles.
In the middle of the call Les Brown said something I’ll never forget. He said, “Once you stop fighting for what you want – what you don’t want will automatically take over.” That resonated deep within me.
You see, I had such a rotten day Monday part of me wanted to quit. Part of me wanted to give up. The accounting error was massive. A lot hinged on the meeting that cancelled. Throwing in the towel seemed like a viable option.
But Les Brown’s encouragement added fuel to a flame that nearly extinguished. Les breathed life into my dream. He convinced me to continue to fight. As the call was coming to a close, I sent Jonathan a message. I told him about the day I had, and thanked him for unknowingly coming to my rescue.
When Les finished, the host asked, “Does anyone have questions for Les?” Lo and behold, my friend Jonathan’s voice came on the phone. Jonathan thanked Les for his inspiring talk. He told Les one of his first written down goals was to meet him in person. And then said he was able to achieve that goal last year. He reminded the legendary speaker who he was (Les immediately remembered Jonathan). Then Jonathan said, “I have a friend named Jeremy listening. 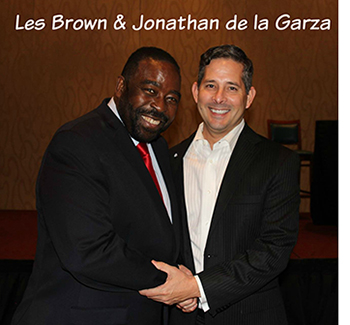 He’s had a really difficult day. I know you inspired him to continue to fight for his dream, like you did for all of us on this call. I want to thank you for that.”
“You tell Jeremy that no matter what happened today, he’s closer than he thinks he is,” Les responded in his authoritative voice. Les continued, “Something great’s in store for him. How can I be so sure? Because Jeremy has greatness in him. Jonathan, you tell Jeremy he has greatness in him for me. Will you do that?” “I will Les,” Jonathan replied.
Blown away that Les Brown, one of my personal hero’s spoke directly to me – my eyes welled up. I thought to myself how lucky I was to have a friend like Jonathan.
The reason why I wanted to share this with you is because I cannot tell you how important it is to have positive people in your life. Jonathan’s the founder of PositivePin.com. He literally has positivity flowing through his veins. It’s routed deep in his DNA.
Many times our friends are not going to know the struggles we’re facing. Because more often then not, we keep them to ourselves. That’s why it’s critical to have people in our lives that believe in us. People that will share uplifting messages (or calls) with us out of the blue.
I was so moved by my friend getting Les Brown to speak confidence into me, that on the way to an event Monday evening (I planned on not attending because I was down in the dumps) I pulled over and recorded this video.
Sharing is caring
Facebook
Twitter
Google+
Facebook
Twitter
Google+
"Grow Your Instagram Following FAST"
Enter Your Name & Email To Instantly Access A Video Training Course That Reveals 3 Secret Tips To Grow Your Instagram Following Fast!
Send It To Me!!
100% privacy.  We will never spam you!